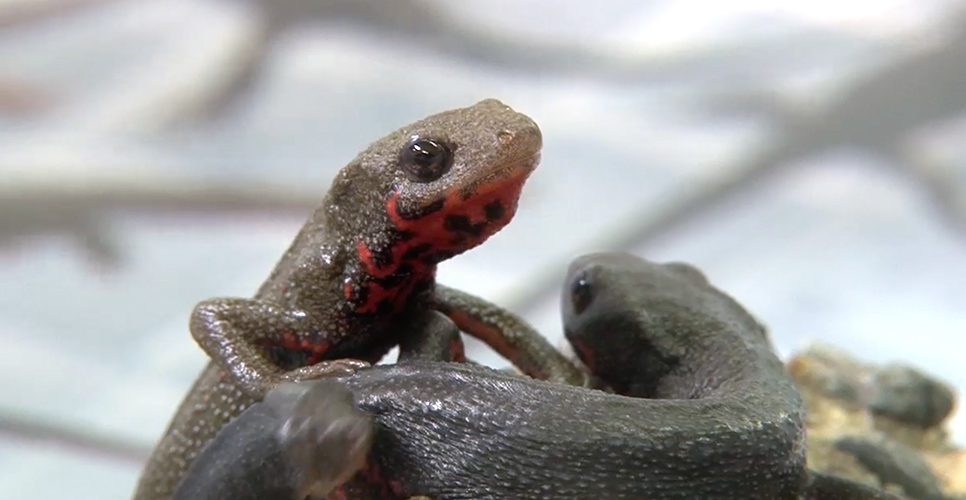 Fundamental structure of vertebrate species is found in pharyngulae on the course of early development. To know how this structure is established, we study morphogenesis of amphibians in terms of ontogeny and phylogeny.


What is the nature of vertebrate gastrulation?
We are now working mainly with Japanese newt and also with Xenopus laevis. We found the gastrulation process of Xenopus was totally different from that written in the textbook (Koide, T., Umesono, K. and Hashimoto, C. (2002) Int. J. Dev. Biol. 46: 777-783). Our interest at this moment is that the way of gastrulation movement of Xenopus is conserved in other amphibian species. If we find any substantial similarity between these species, we believe it helps us to understand the mechanisms of gastrulation latent in vertebrate species. So far we have obtained 20-30 thousands of brand-new genes expressing in several developing stages of Japanese newt, and are comparing their spatiotemporal expression pattern with that of Xenopus. Also we are working with about 15 species of Japanese amphibians. Using several staining strategies, we are trying to know how the gastrulation movements are progressed in those amphibian species.